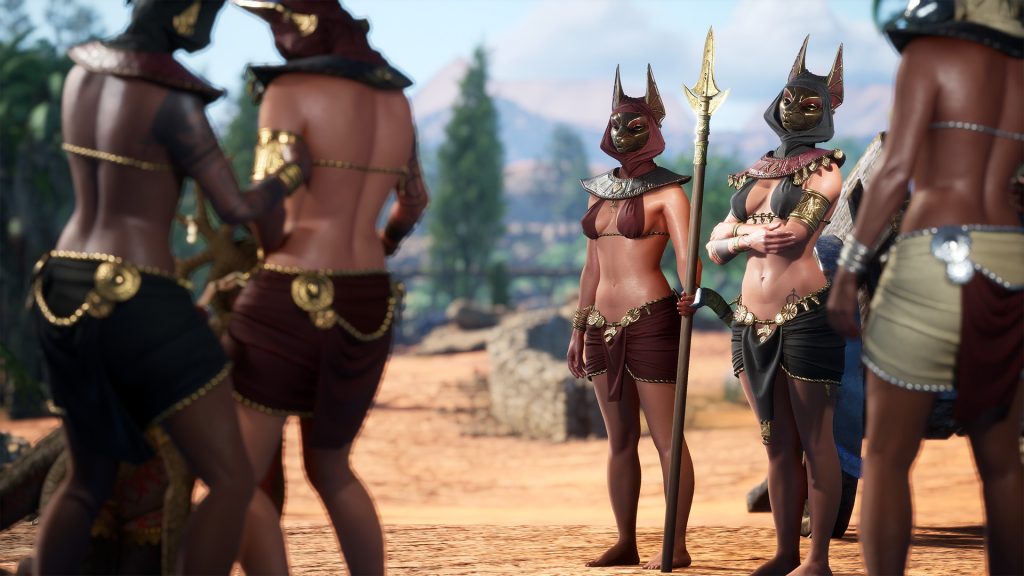 First up, minor celebrations are in order so grab your nearest tipple of preference and raise a toast; It is now one year since we made the first build of Carnal Instinct available on Patreon. The amount of progress made since that time has been vast, with the game evolving and improving almost beyond recognition. From scenes with exotic species such as the Naga or Centaur, to dabbling with beings of the void or striding across the sands as a Jackal. Art, combat, movement, camera control, and many mechanics have been overhauled completely, with many new ones such as crafting added to the game. From a near silent experience with no voice acting, to fully fleshed out encounters voiced by an array of talent. Even the visual density of Sabu has changed completely (the images below showing our early and current builds).

This initial update for November and it makes a substantial visual change to Kethra’s domain; we’ve been rebuilding our outfits to ensure compatibility with the customisation system and (as you may have seen in the concept art post) we took the chance to massively improve our rank and file, female foot soldiers of Anubis. We will create male Anubites in time, though we need the male Jackal basemodel first to match the style.

The really fun part is that now you can use these new garments with your character, mixing and matching to get the precise look you’re after. Everything from just the bra to the collar, mask, and skirt are all options to play with. It’s all customisation compatible too, so they can be equipped whatever species you are or whatever cup-size you have. Those fans of the Inquisition look won’t be left out for long, with the Inquisitor’s Garb currently in production.

As always the map has undergone some substantial changes, with an initial pass done on several areas around the Great Temple of Anubis. This is in preparation for the main quests which pick up very soon, with voice actors currently recording lines for the next step in the Path of the Jackal storyline; “Law and Order”.

Finally the winner of one of the Discord Polls is nearing implementation, with the Inquisitor of Bast gaining a sex scene in the near future. Once her new look is done the opportunity to get hot and heavy with her will soon follow so it won’t be long before you can bend her to your will. To this end we’ve already had new dialogue recorded to flesh out her character a little and to allow some back and forth as you win her over.

Making modular clothing was a hell of a challenge, especially to have them compatible to our satisfaction. We’re now working to get Hybrids back in the game, so watch this space. As always thank you so much; it’s been an incredible journey over this past year, something that’s only possible thanks to our amazing supporters! 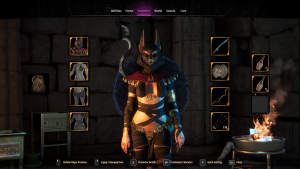 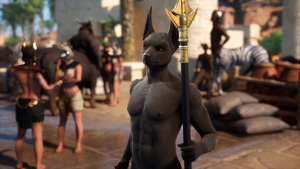