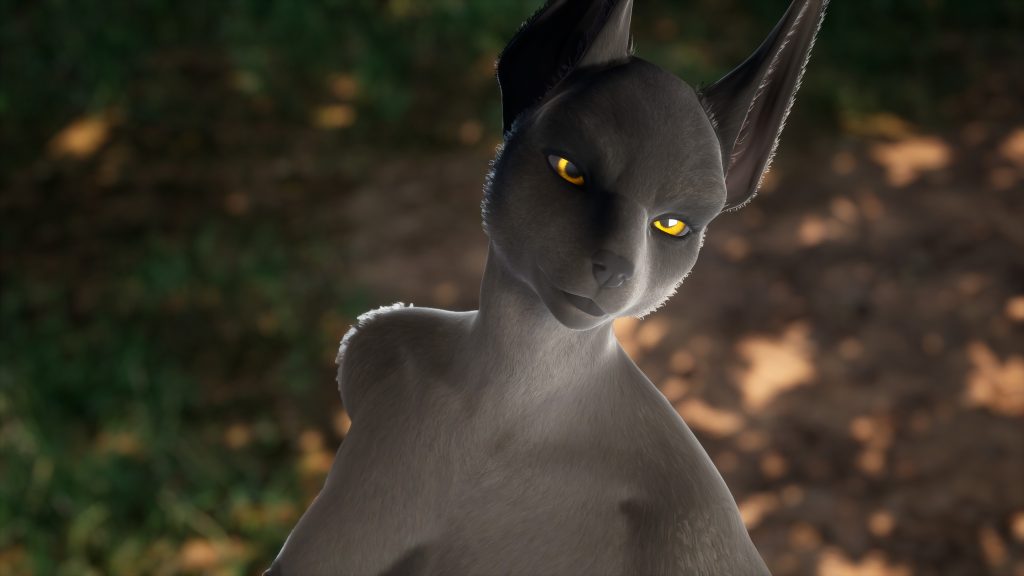 We’re finally here with the last update of October, but wow was this a busy month. To make up for the delay from September we’ve crammed four updates into as many weeks, a tall order but we’ve made it.

The big ticket item this time around is that Jackals are now a playable race. We have had to shift the NPC variant back a little, though she’d have been missing her full adult content until the implementation of the Dynamic Sex System anyway.

As we work to restore content that wasn’t compatible with the customisation system we’ll be periodically adding the items back into Sabu. The Northern Horns now make their reappearance, sans jingling-collar, at least for now (which will arrive as a separate clothing item in due course).

The mysterious storyteller, Neb-oo, is now complete with full voice acting for her tale. Additionally we’ve got a small amount of new voiced dialogue for Nepthys, allowing you to hand-in the Vessel of Q’Tesh. The quest doesn’t go any further yet, but the new lines should give you a taste of what’s in store.

In addition to these flagship items we’ve fixed numerous bugs, implemented several balance changes, and added gold as a drop from certain enemies.

Finally, in answer to a question which keeps cropping up; yes, we are bringing Demi-Humans (hybrids) back as soon as we can!

It’s been a huge task to remake every character in the game, one which we’ll be rolling out in the gradual replacement of all NPCs as well. Our next major task is the Dynamic Sex System, something we’re excited to get stuck into… for work reasons of course. Thank you so much for all your support, it makes these beautiful things possible. 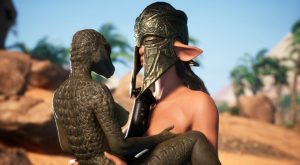